This church, originally built in 1917 in Hardin, Montana by Lutheran Volga German immigrants, is now part of the Big Horn County Historical Museum.  Back in its day, my Better Half’s father received his confirmation in this church.  The year was 1939.  After studying for the sacrament for nearly two years in German, as was common in his tightly-knit community, he suddenly had to relearn everything in English due to the outbreak of World War II in Europe.

Do you have a favorite photo below?  Any tips or tricks for photographing churches? 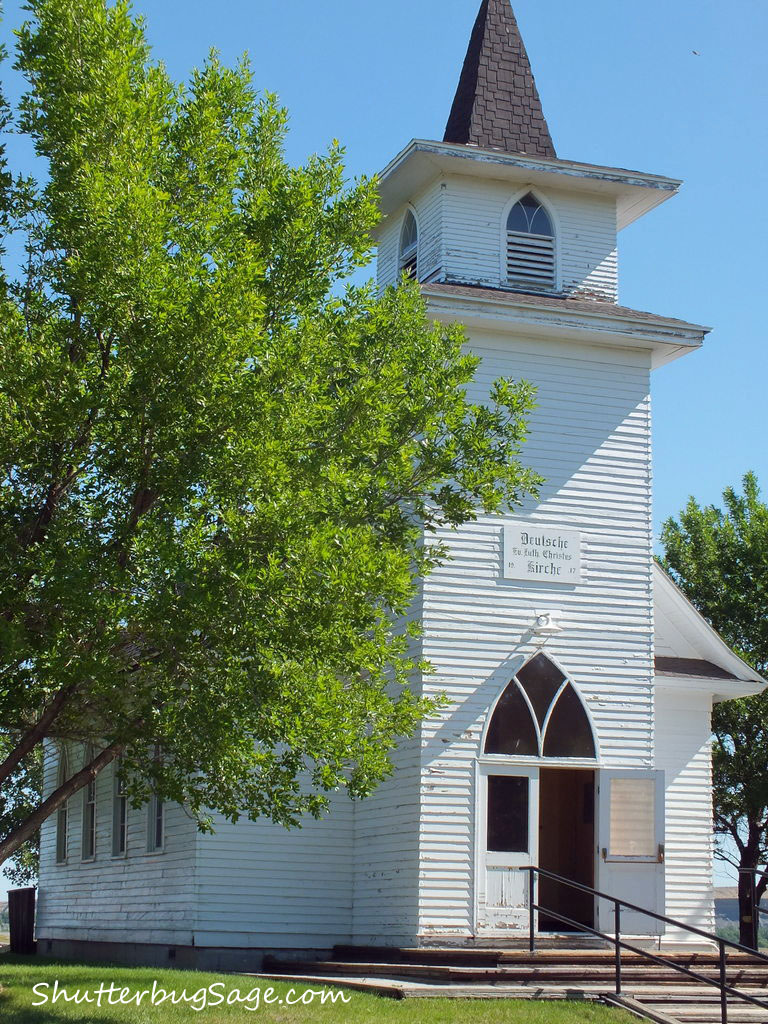 Deutsche Kirche Photo #3.  Having been raised Catholic, it was interesting to see church windows that were not stained glass. 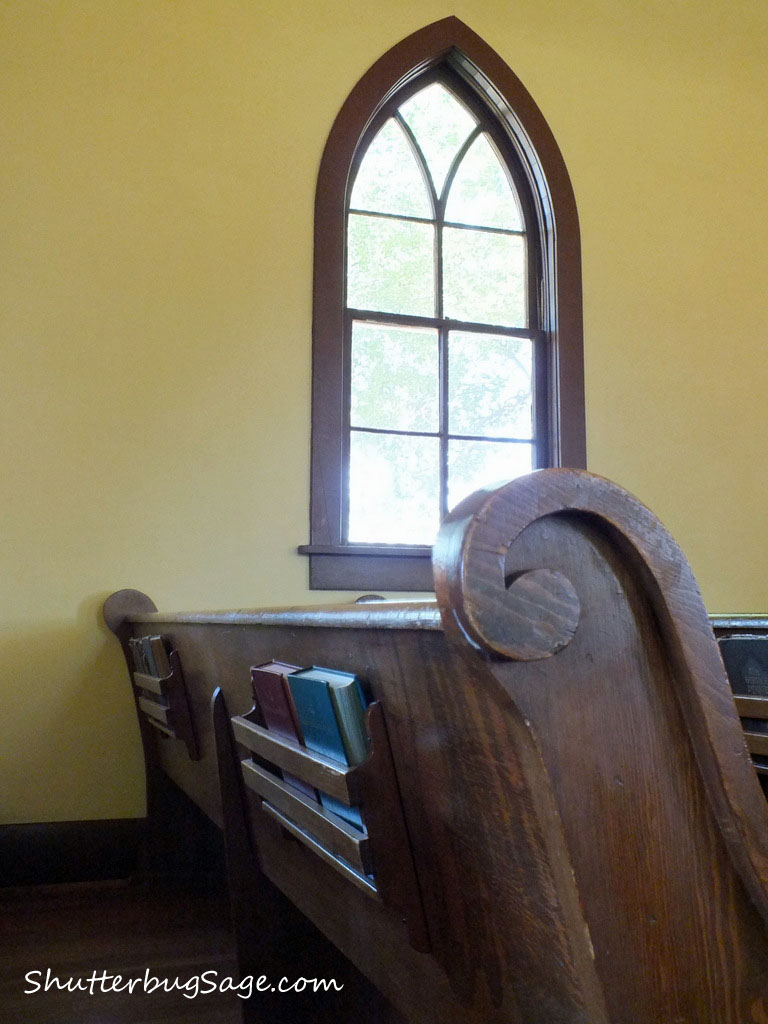 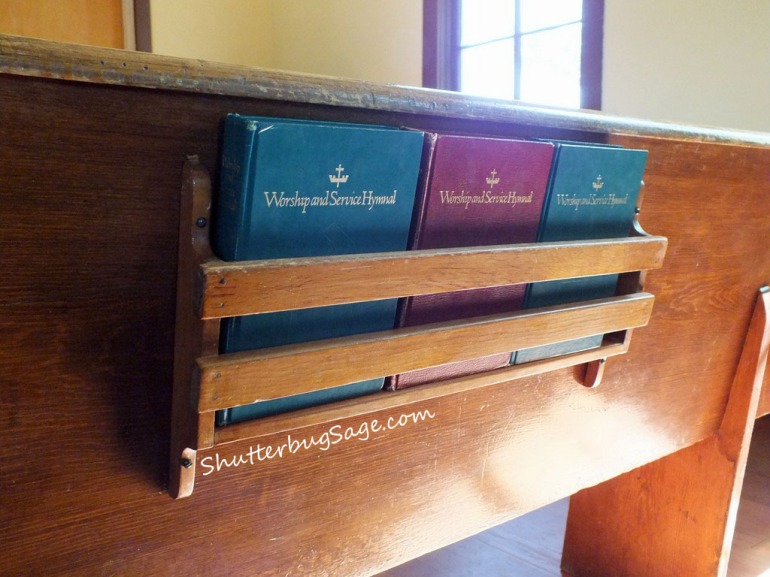 Deutsche Kirche Photo #5.  From when the church was built in 1917 until World War II broke out in 1939, these books were in German, not English.