Walking to the top of the dome of Sacre Coeur provided so many lovely photo ops that I’m sharing a second One Thing, Three Ways post on it, a Part Deux, if you will allow me to be extra cheesy.

Sacre Coeur Photo #1.  I love the way the end-of-the-day light was streaming through the open arches of the dome into the round walkway. 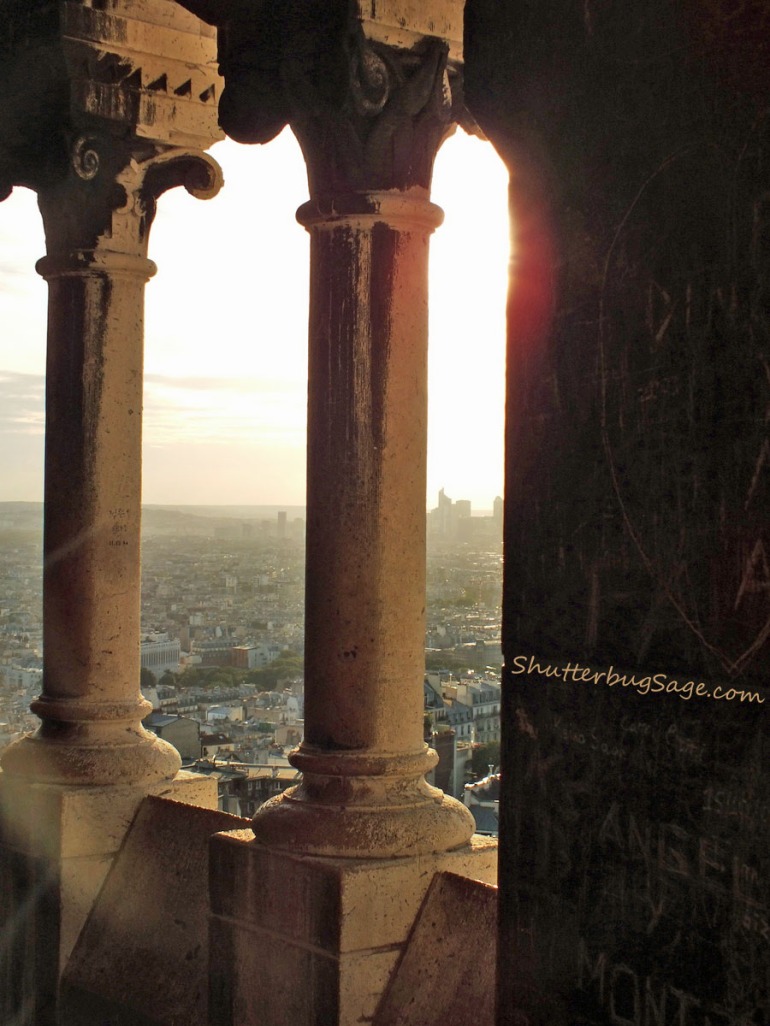 Sacre Coeur Photo #2.  Shortly before I left on my trip to France, I read an eBook from Anne McConnell about eight types of natural light.  While I’m in no way suggesting I have any of this figured out, I did push myself to try shots with backlight, sidelight, and lens flare this trip.  There were some epic failures, to be sure, but some of them halfway turned out. 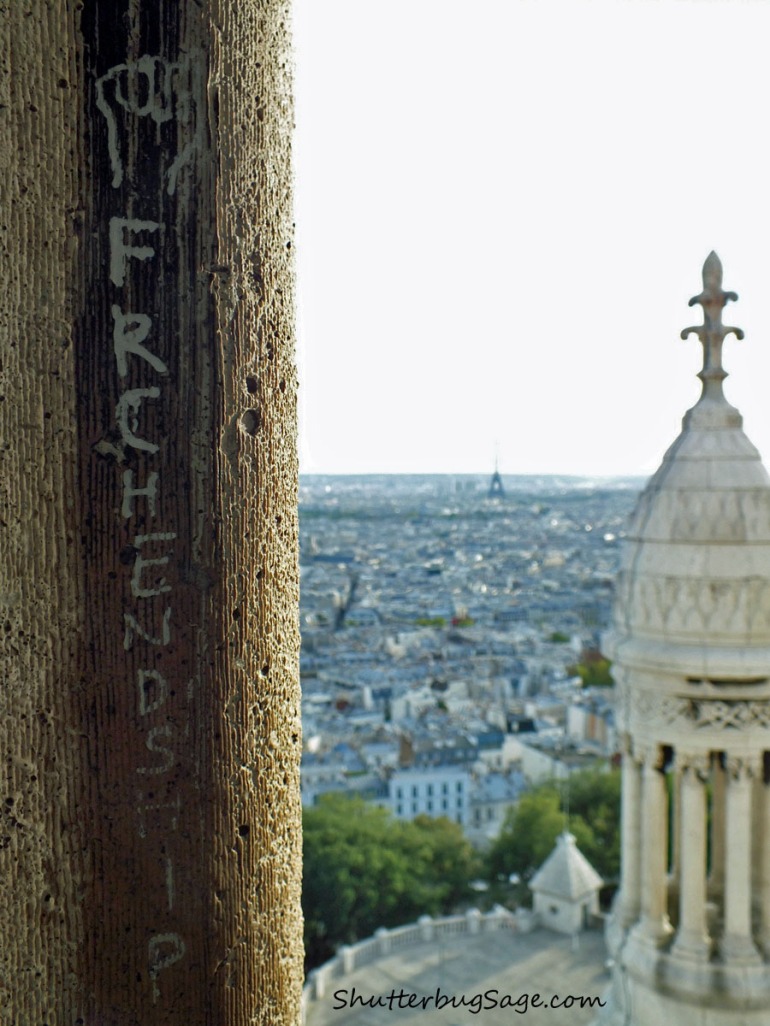 Sacre Coeur Photo #3.  While I don’t want to encourage the defacing of national treasures, the word “friendship” carved into the soft stone of this pillar atop Sacre Coeur was in the right place at the right time and begged to be included in this shot.

You May Also Enjoy: