Legend has it that Claude Monet noticed the small village of Giverny while looking out of a train window.  It must have been love at first sight, because he quickly moved there and rented a house nearby.  By 1890 he had enough money to buy the famous pink crushed brick house with green shutters and the surrounding land (about 2 1/2 acres) that he cultivated into the beautiful gardens that appear in so many of his paintings.

These are some of my favorite shots of the flowers in his magnificent gardens.  What do you think?  Do you have a favorite below?

Giverny Flower Photo #1.  These pretty purple flowers are in the shadow of Monet’s studio also trimmed with green like his house.  Monet was his own head gardener and referenced a large personal library of horticultural books in French, English, and German to create and maintain his gardens.

Giverny Flower Photo #2.  You can get a glimpse of Monet’s pink crushed brick house with green shutters in this shot.  And also get a feel for just how many flowers are in the gardens directly in front of the house. 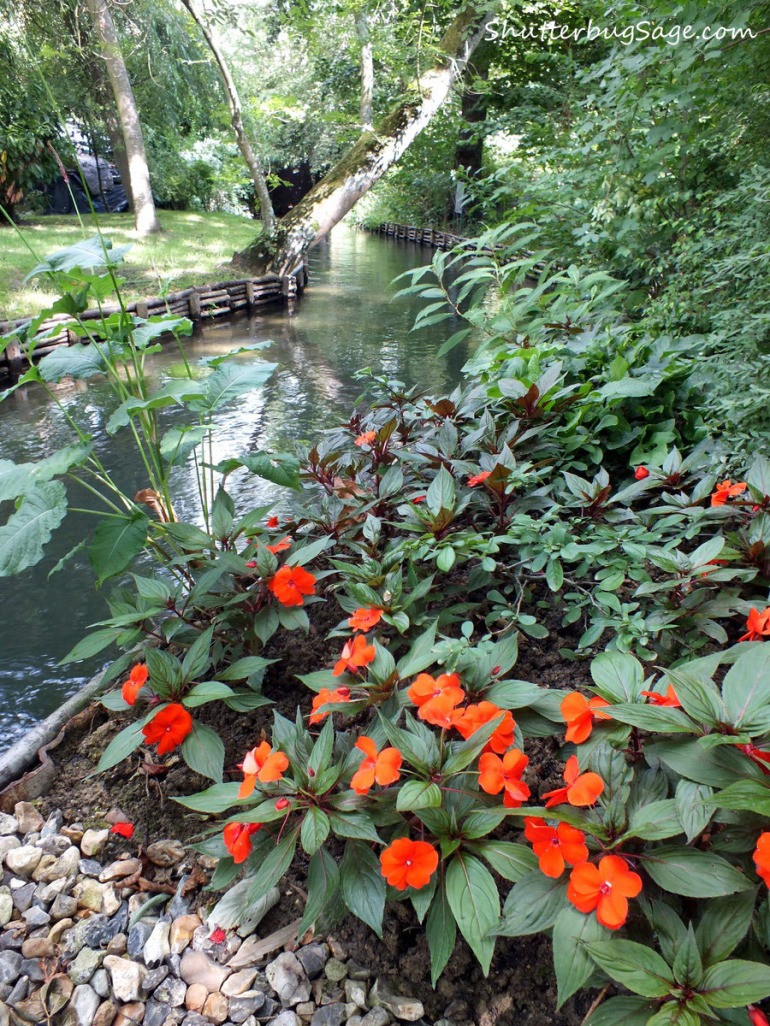 Giverny Flower Photo #3.  It took nearly 20 years for Money to dig and expand his pond and build the Japanese bridge.

Giverny Flower Photo #4.  After Monet’s death in 1926 the gardens slowly deteriorated.  In 1976, former Versailles chief curator Gerald Van der Kemp and his American wife Florence began to restore Monet’s home and gardens along with millions of dollars of donations.  Today, the house and gardens welcome more than 400,000 visitors during the seven months a year they are open. 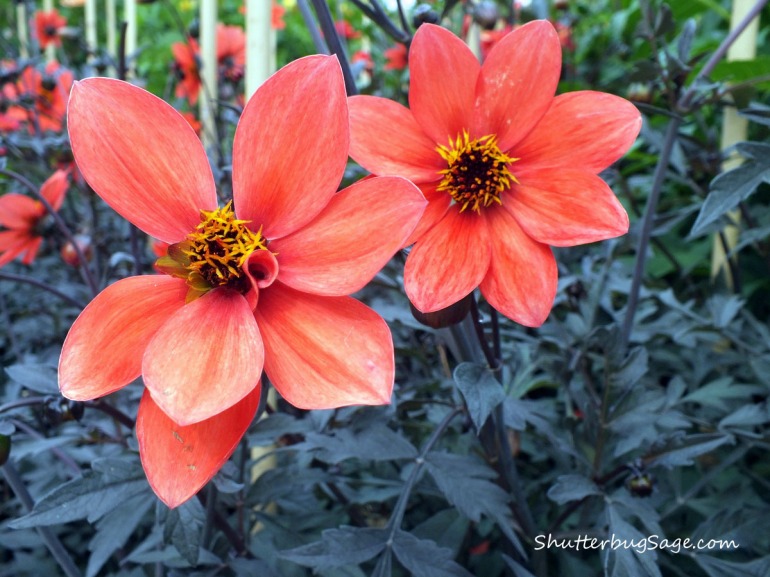 Giverny Flower Photo #5.  The garden is designed to be in full bloom during the seven months it’s open each year, from spring through summer and into autumn.