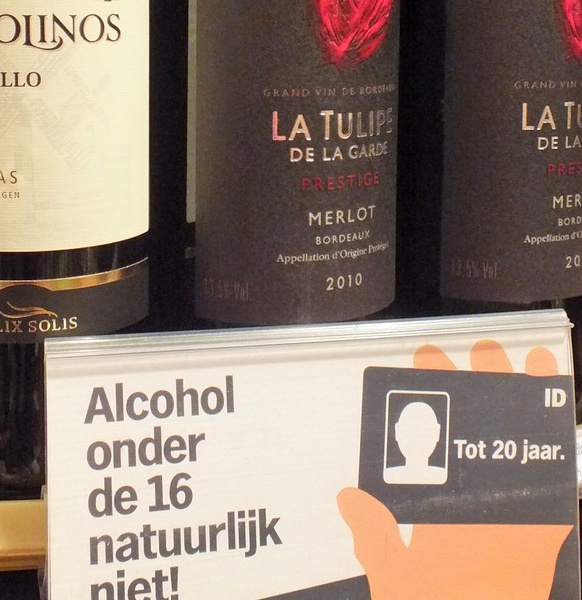 While I love my country deeply, I fear that the people running the place have lost their common sense.  We live in an environment where stores mandate identification checks of everyone who purchases alcohol, even those with grey hair and wrinkles.  Our country allows young men and women to join the armed forces at the age of 18, a decision that in these times most certainly has the potential of putting their lives in harm’s way, but doesn’t trust them to be responsible with alcohol, not even beer or wine.

And so it was refreshing to see that the liquor laws in the Netherlands remained logical and fair, punishing only those who make bad decisions (drive drunk once, lose your license forever) instead of an entire population. 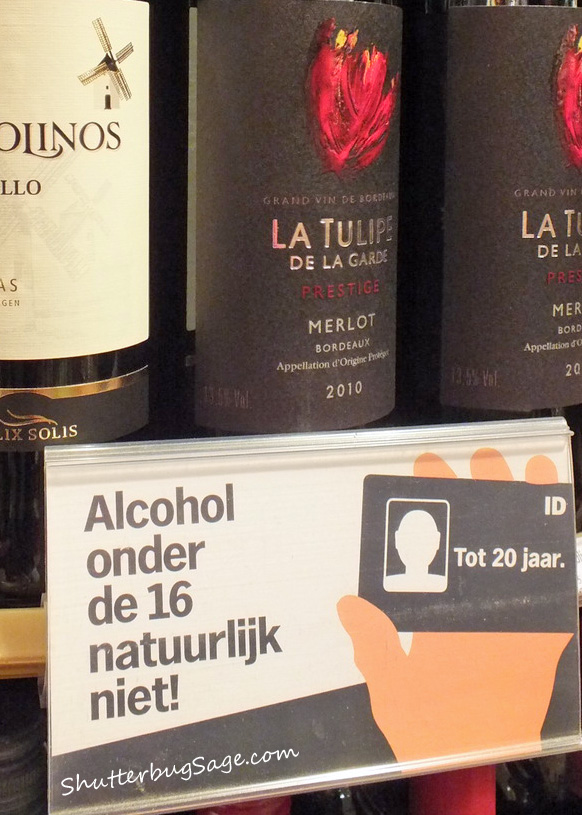 Loosely translated using my mediocre Dutch:  “Alcohol for those under age 16, of course not!”  And they’re only going to bug you for ID if you look under 20 which unfortunately, but realistically, I did not.