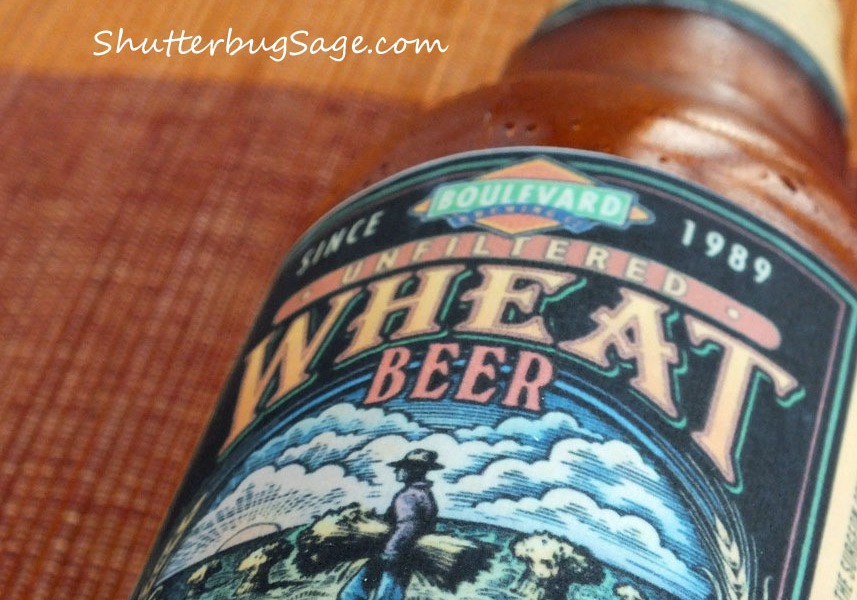 One Thing, Three Ways: Beer Bottles You Can Eat

Last week my alma mater played in the Fiesta Bowl.  Although the game turned out better for fellow photoblogger Tux over at Through My Lens 365 — since she lives in Oregon and all — I do have some fun pictures to share.  And they really don’t have anything to do with the Fiesta Bowl.

My college roommate rented out a room at a local bar where more than 50 K-State fans gathered to watch the game.  She did a phenomenal job of decorating the space with white twinkle lights, white paper lanterns, and plenty of Royal purple.  We’d already had dinner and I am not a beer drinker, so I only gave a passing glance to the white cooler with fresh ice and several bottles of Boulevard beer sitting on the food table.  At halftime there was a lot of commotion around the cooler, and it was only then that I realized the white “Styrofoam” cooler was a cake being cut to share!

Every single aspect of the cake — from the white “Styrofoam” cooler to the ice cubes to the beer bottles — was edible.  Both the Red Velvet and the Champagne cake were divine.  (I decided to start my 2013 diet after the Fiesta Bowl so I could try a piece of each.)  The beer bottles looked so real that people took bites of the “glass” and “labels” to prove it was made out of sugar.  It was a bit like being in Willy Wonka and the Chocolate Factory, minus the Oompa Loompas.

One of my daughters sized the cake up best by saying, “Man, I don’t think Cake Boss could even do something this cool!”  If you are in Kansas City and need a special occasion cake, be sure to check out The Bridal Kitchen.

And so here are three photos of the beer bottle.  What do you think?  Do you have a favorite below?  Have you ever seen such a realistic, edible beer bottle before?

Beer Bottle Photo #1.  With remnants of frosting around the base, the sugar beer bottle sits on the right next to a real beer bottle on the left.

Beer Bottle Photo #2.  A close-up of the beer bottle label.  This, too, was completely edible.

Beer Bottle Photo #3.  Another side-by-side shot of the bottles with the real one on the left and the sugar one on the right.