Beginning in the late 1800s, military installations were built along the both sides of the San Francisco Bay to prevent hostile ships from entering the San Francisco Bay.  Additional batteries were built into the hills during World War II to protect the area from aerial attacks and the kinds of high caliber shells that could be fired from Axis battleships.

Near the Point Bonita Lighthouse is Battery Mendel.  Completed in 1905 and used until 1943, the reinforced concrete gun battery was named after West Point graduate Colonel Mendel who spent his career designing military structures.

Here are three shots of Battery Mendel.  What do you think?  Do you have a favorite below?

Battery Mendel Photo #1.  One of the concrete buildings built into the side of a hill. 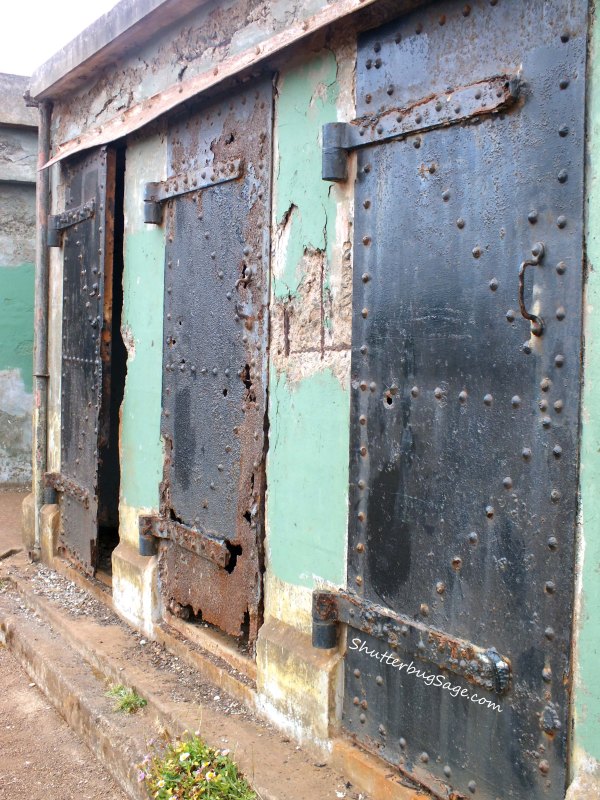 Battery Mendel Photo #2.  Heavy metal doors on one of the buildings.

Battery Mendel Photo #3.  Many of the old, abandoned military structures are covered in graffiti.

On Today’s Date in the Past: