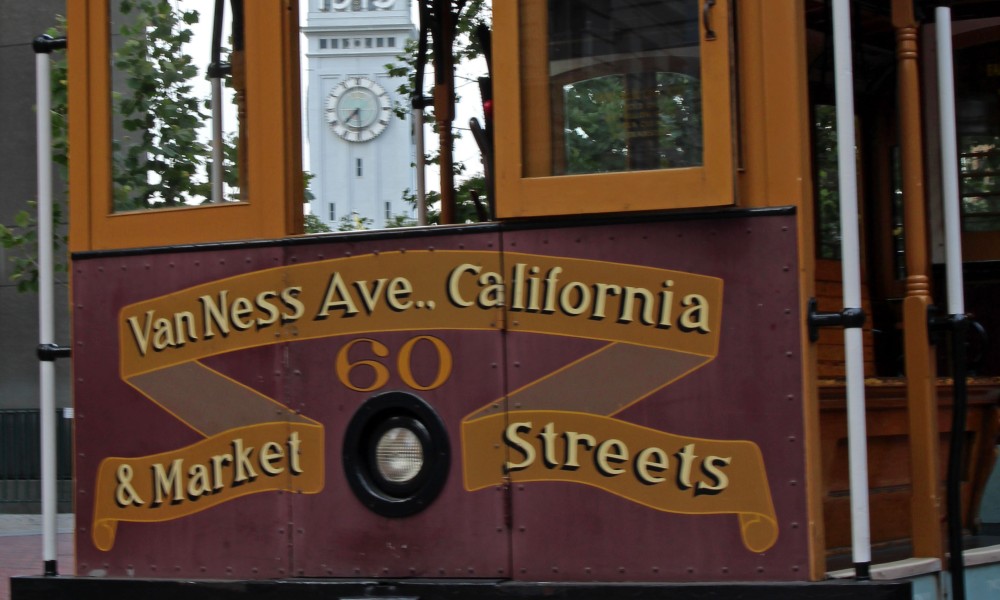 Oh, the iconic cable car.  No trip San Francisco is complete without photos of them!  In addition to three new photos of cable cars below, here are my favorite facts about San Francisco’s cable cars: 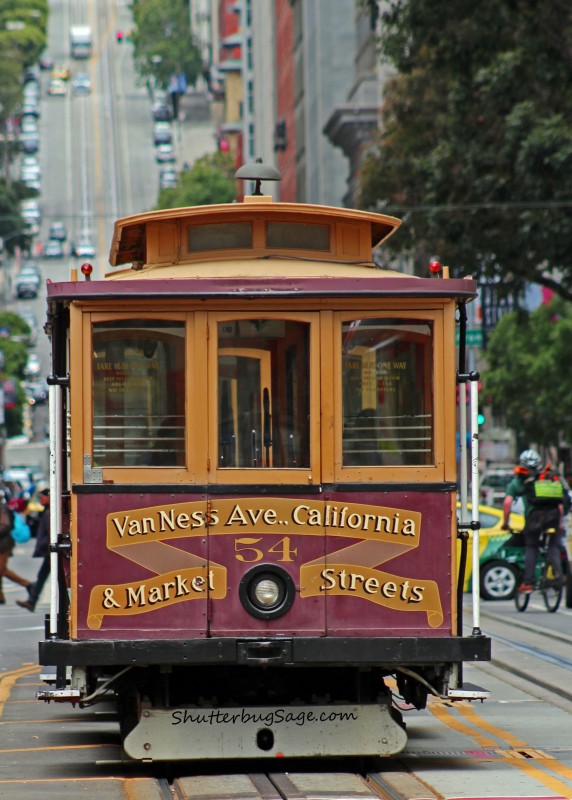 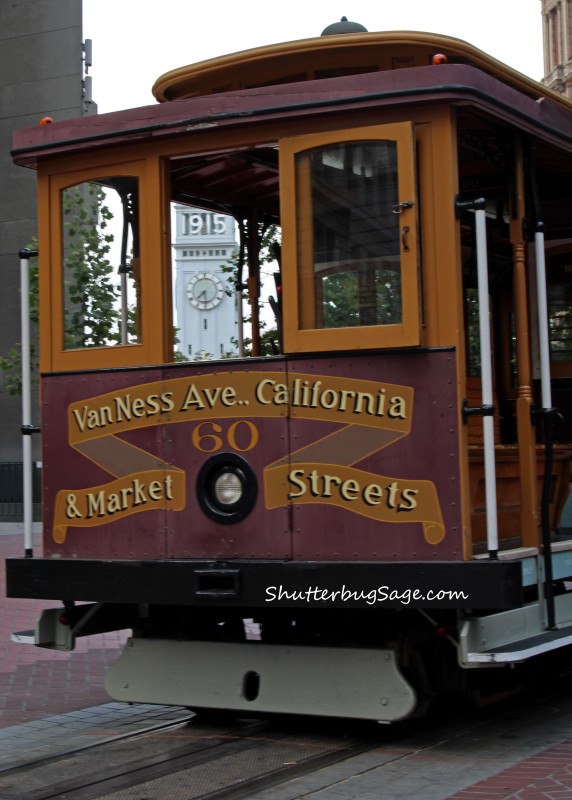 Cable Car Photo #2.  Car #60 on Market Street with the Ferry Building in the background. 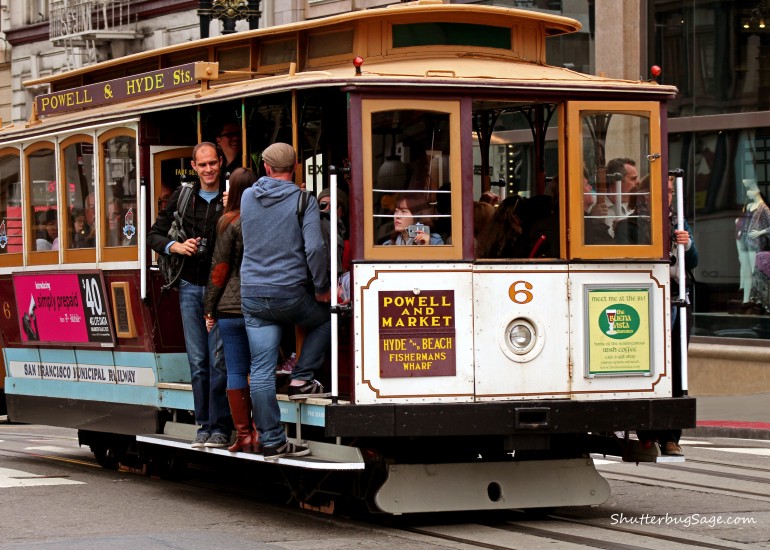