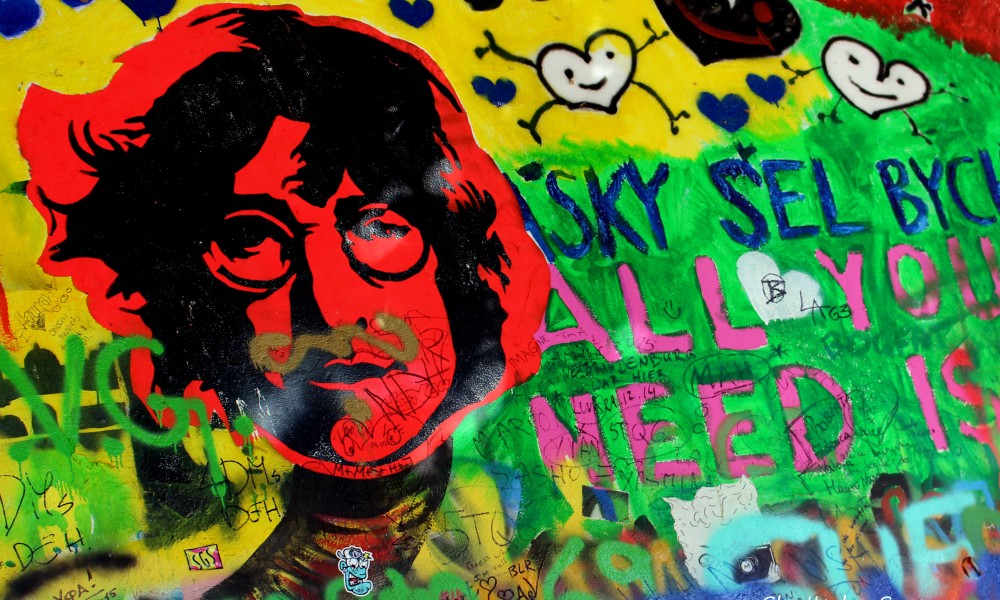 When the former Czechoslovakia was under Communist rule, western pop music was banned to the point that musicians were jailed for playing it. The authorities were especially against John Lennon’s songs because they were about a freedom that didn’t exist behind the Iron Curtain.  When John Lennon was murdered in 1980, the pacifist youth of Prague began painting John Lennon-inspired graffiti — images, lyrics, and quotes — on a wall near the Charles Bridge.  Their spray paint expressions put them at risk of being jailed for “subversive activities against the state.”

Several times, the Communist police painted over the images and messages of peace, love, and freedom on the wall.  Each time they did so, the wall was quickly covered again with poems, flowers, and paintings of John Lennon, even after surveillance cameras were installed and an overnight guard was posted at the site.

On the 25th anniversary of the Velvet Revolution, in November 2014, an anonymous group of art students known as “Prague Services” painted the wall pure white save for the words “Wall is over!”

“Twenty-five years ago, one big totalitarian wall fell. … Students of art schools are expressing their commemoration of (1989) and opening room for new messages of the current generation.”
~ Art student quoted in a USA Today article about the wall in November 2014

Shortly afterward, images, lyrics, and quotes were once again added to the wall which remains an ever-changing tribute to peace. 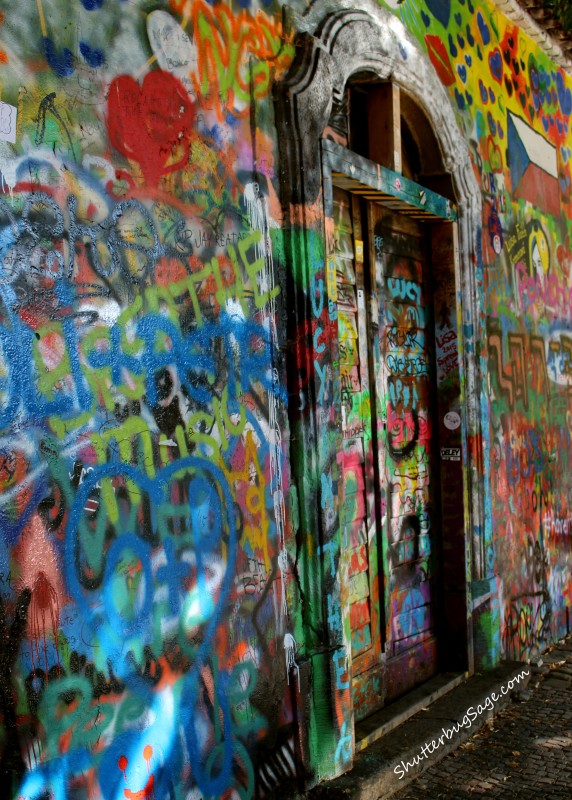 Lennon Wall Photo #1.  The Lennon Wall is located in Mala Strana, near the French Embassy.  It is constantly changing as people add their own message of love and peace. 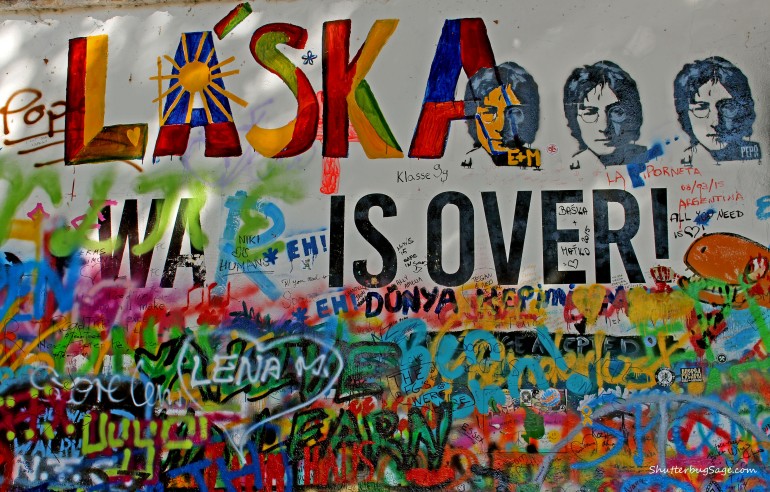 Lennon Wall Photo #2.  Láska is the Czeck word for love. This shot not only includes images of John Lennon, but also shows the “Wall is Over!” text converted to “War is Over!” 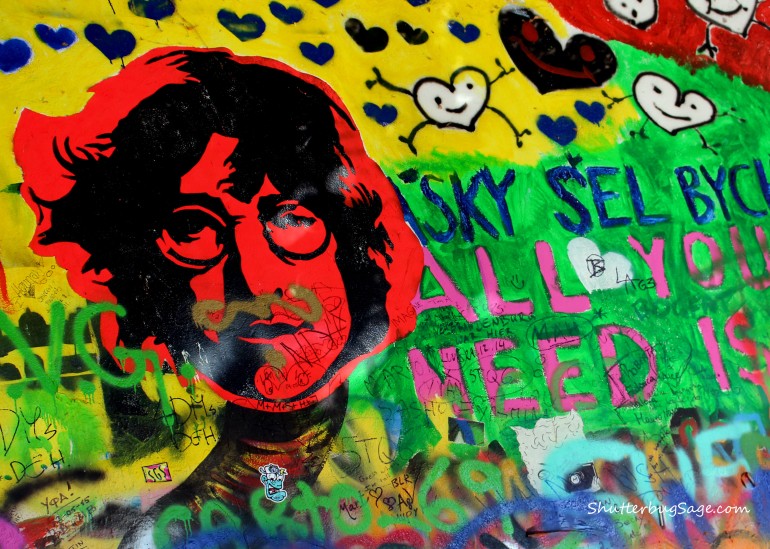 Lennon Wall Photo #3.  During our visit to the Lennon Wall, we overheard a guide telling a group of tourists that the Lennon Wall is the only place in the Czech Republic where graffiti is legal.  When I tried to confirm his statement, my online research led to this article which suggests that there are other walls in the Tesnov area of Prague which allow graffiti artists to showcase their work.

Check out The Atlantic for a nice gallery of Lennon Wall photos from over the years.