In the wild, gorillas live in groups called troops or bands.  The troop is led by a dominant male gorilla, a silverback, who is easily identified by a silver strip of fur down his back.  Unfortunately, I couldn’t get a good shot of the silverback in the main exhibit at Zoo Atlanta, but I did capture these three shots of a young gorilla and his momma that were part of the troop.

What do you think?  Do you have a favorite shot below?

Gorilla Photo #1. A gorilla’s arms are longer than its legs.

Gorilla Photo #2. Gorilla babies, like this little guy, usually nurse for about three years. By this age, they also eat other largely vegetarian goodies like leaves, stems, bamboo shoots, and fruit. 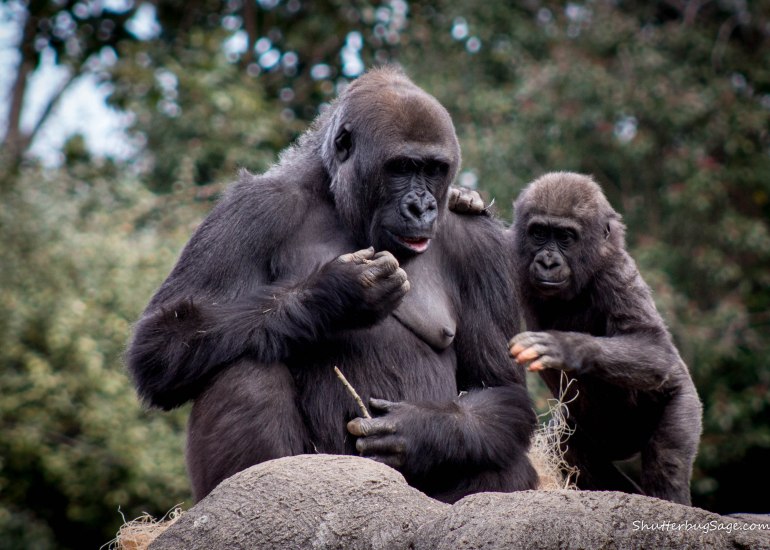 Gorilla Photo #3. Gorillas are pregnant for about nine months, just like humans. However, a baby gorilla usually weighs about four pounds, or about half that of a human baby.