Since Fort Point was closed, my friend and I walked along the water front and what I believe is the Baker Beach Trail to reach the Golden Gate Bridge. Here are three final, random photos of the Bridge from this trip to San Francisco. What do you think?  Do you have a favorite below? Golden […] 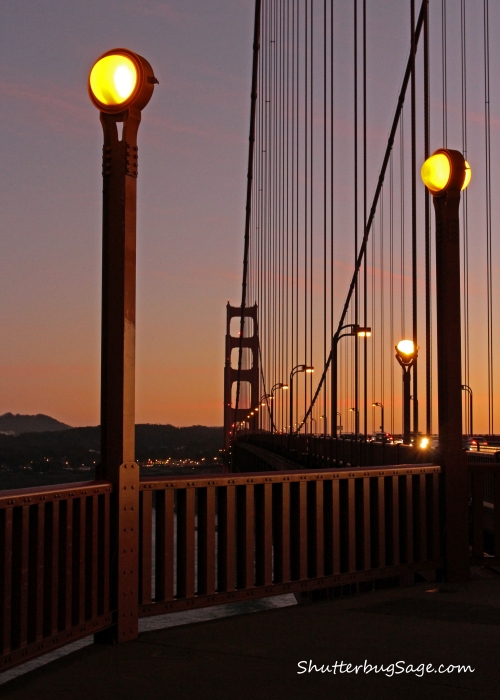 Most of January has gone by in the blink of an eye, and I haven’t posted anything new.  So much for starting the new year with good resolutions! Getting back into the swing of things, here are three shots of the Golden Gate Bridge from less traditional angles. What do you think?  Do you have […]

Opened in 2010 as a replacement to the Paseo Bridge, the Bond Bridge is a beautiful, cable-stayed bridge across the Missouri River.  It looks especially lovely at sunset when viewed downstream so you’re facing west toward Kansas. Click on any image to enlarge I love the light that the setting sun casts on the tall […]

And with the Kansas City Royals’ World Series Victory Parade behind us, I return to my photos of Budapest from September.  Hopefully I’ll be through them and the other recent photos before I travel again later this month… Budapest developed from two Bulgarian military frontier fortresses — Buda and Pest — situated on the two banks […]

Prague: The Other Side of the Charles Bridge

I’m not sure what this building is called, but it looked lovely in the early morning light from the Charles Bridge. Click on image to enlarge