High in the hills of Buda sits the Sándor Palace, the home of the Hungarian President. It sits directly north of Buda Castle, the former residence of the kings and governors of Hungary.  Completed in 1806, the palace was badly bombed during World War II and remained in ruin until the Revolution of 1989 when the […]

Installed in 1410, the Prague astronomical clock, or Pražský orloj, is the oldest one of its kind still in operation. On its recent, 605th birthday, the orloj was honored as a Google Doodle. In addition to watching the clock in action at the top of each hour, you can also go up the Old Town Hall Tower […]

The Wallenstein Castle is a Baroque palace in the Malá Strana district of Prague.  Because it is the current home of the Czech Senate, security was pretty tight and I couldn’t get much closer. 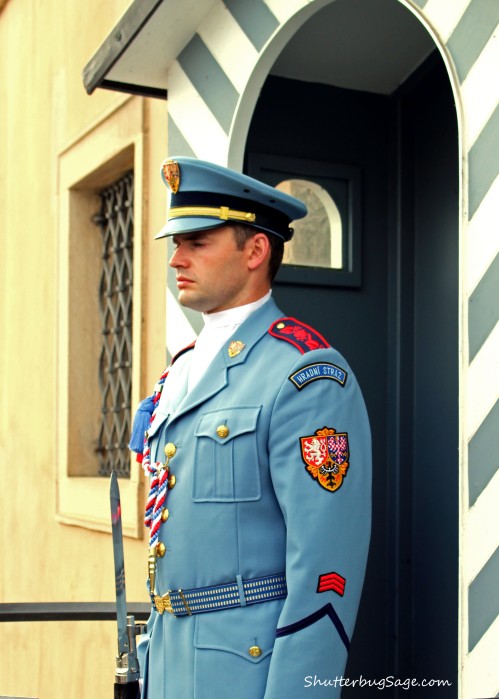 Prague: Guard at the Prague Castle