Search Results for: east side gallery

With more than 100 works of art painted on a 0.8 mile stretch of the remains of the Berlin Wall, the East Side Gallery is the world’s longest open air gallery.  Each piece depicts the struggle to break free of the Iron Curtain or celebrates the excitement of ultimately achieving that reality.  It is a […] 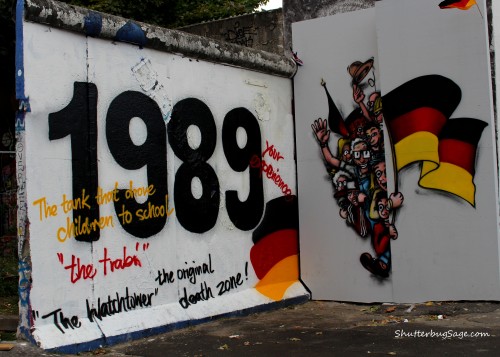 Four years ago, I started this blog as a 365 project.  I pushed myself to take and post a photo a day throughout 2012 in order to make time to pursue a hobby that interested me.  There were some days without posts in 2015.  Okay, sometimes it was longer than that.  Yes, I’m looking at […]