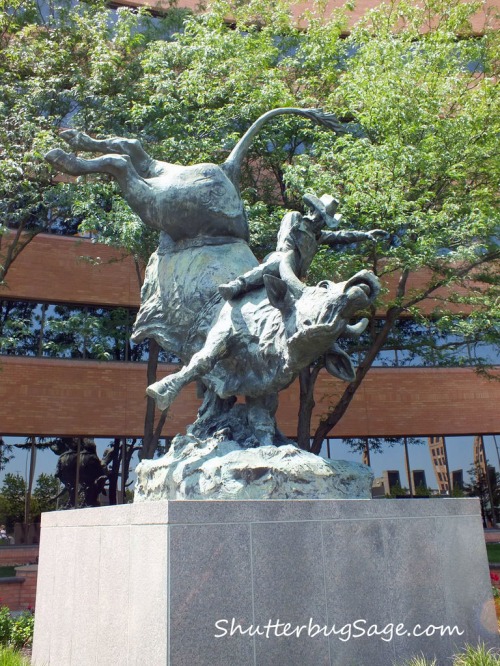 Sculptures of Kansas City: The Main Event (AKA An Honest Try) 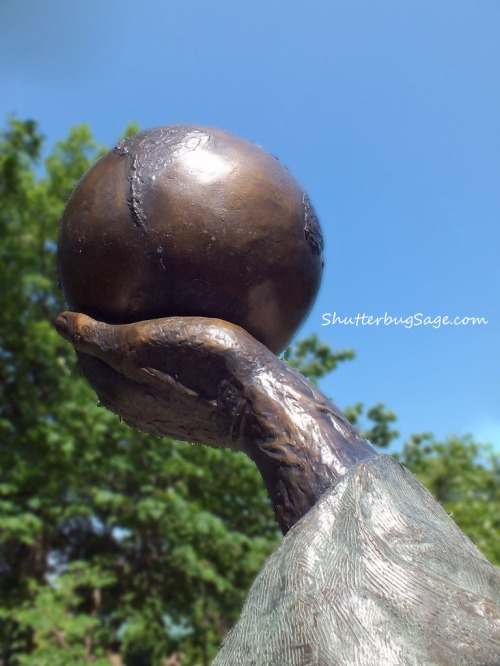 The Lending a Hand sculpture represents the hands of all American Veterans striving to hold the world up with freedom.  The granite base that supports the sculpture includes The Rotary Club’s four-way test that asks members to ask themselves these questions as they choose their thoughts, words, and actions:  Is it the truth?  Is it […]

This statue of Massasoit, a Wampanaog Indian Warrior who befriended the Pilgrims and helped them survive in the “new world”, is one of five originals.  The other four Massasoit sculptures created by Cyrus E. Dallin stand near Plymouth Rock, outside the Utah State Capitol building, on the campus of the Brigham Young University, and at […]

Sculptures of Kansas City: The Scout

While it may be one of the most famous statues in Kansas City, I found it awfully hard to get to The Scout partially hidden by a large tree at the end of a closed road in a run-down part of Penn Valley Park.  But once I tracked the award-winning, ten foot tall statue down, […] 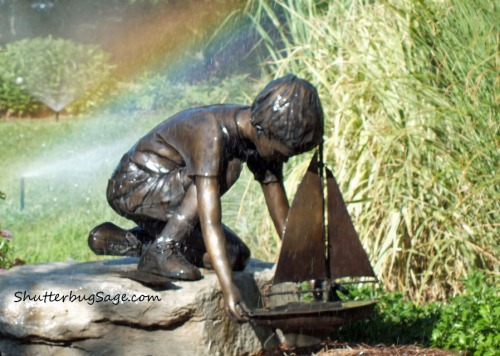 This sculpture can be found in the Children’s Garden at the Overland Park Arboretum.  I love that the sprinklers were running when I was there, adding plenty of moisture into the shot of a boy setting sail to his toy boat and inserting a rainbow into the background. I have two versions of the shot […]