Kauffman Center for the Performing Arts

If you’re given a 75F day in November and the home town team is playing in the World Series, you must go out and take more photos of the landmarks lit with royal blue lights! Click on any image to enlarge Opened in 2010 as a replacement to the Paseo Bridge, the Bond Bridge is […] 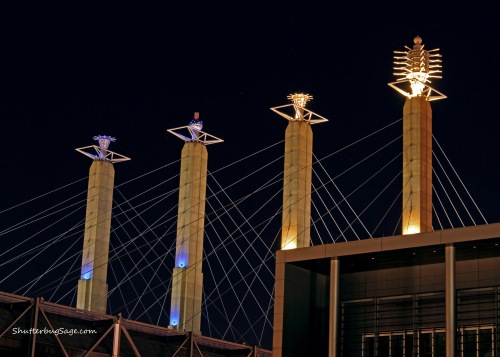 Thanks to an amazing win in New York last night, the Kansas City Royals are up 3-1 in the World Series!  My photos from Budapest will remain delayed while I continue to practice my night shots by capturing Kansas City‘s landmarks bathed in royal blue lights. In case you missed the original post of Kansas […]

The view from the base of the Liberty Memorial is one of the best in the City.  In the distance on the left are the four artistic pylons designed by R. M. Fischer atop Bartle Hall with the Kauffman Center for the Performing Arts lit up directly in front.  To the right of those landmarks, […]

Unfortunately I was sitting on the opposite side of the theatre from my daughter during dress rehearsal earlier this week, so she is not pictured below.  Plus I was quite far from the stage and the lighting was low — both big challenges for scoring a good shot for an amateur like me.  But, this […]

One Thing, Three Ways: Kauffman Center for the Performing Arts